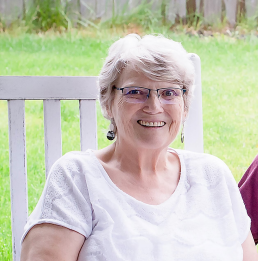 Barbara Susan Ferguson was born August 5, 1951 to Ray Leonard Husted and Clella Hulbert Husted in Albany, Oregon. She had two older brothers, Michael and Harley. They lived in Falls City, Oregon where she was the “mom” of the house, often cooking and caring for her brothers and father. When her mother remarried, she gained younger siblings Gary and Penny York. She married Bruce Eugene Ferguson in his family’s home on December 23, 1967, at which time she gained the Ferguson Family, Delmar & Myrtle Jean, two more brothers, Keith and Jim, and a bounty of extended family. Bruce and Barbara had two children, Bob and Tina.
Barbara was baptized as one of Jehovah’s Witnesses in 1975. She loved studying the Bible and sharing her Bible based hope for the future with others. Bruce and Barbara have a very strong extended family presence, often raising kids, going into business, vacationing, and spending many other wonderful moments together. Barbara was Bruce’s cheerleader, score keeper of his former softball team, secretary, partner, and most importantly… his constant. She supported him in everything he did as she trusted in him. They were involved in many businesses and retired from their wildland firefighting, Ferguson Management Company, in the early 2000s, selling it to their daughter Tina. They gained another family through their businesses, as many of their colleagues and employees looked up to them as mentors. Barbara has been known as a rock to many. She was always there to offer an ear, shoulder, hug, and mostly a smile and laughter. Bruce & Barbara were very present in all their grandchildren’s lives. When they retired Barbara encouraged Bruce to have a hobby to help keep him busy. Little did she know that that would turn into yet another business, J2B2 Rocks. Tina and her family have lived on the same property as Bruce and Barbara since their grandkids were very young and Grandma Barb is like a second mother to them. She enjoyed keeping busy with all her grandkids. She was always there for hugs, at all the sporting events and band concerts, and did everything she could to make sure her family felt loved. They knew where to go if mom said no, Spoiling the grandkids has continued on to their great grandchildren Hadlee, Ryder, and Arya.
In 2014, she was diagnosed with breast cancer and the day before she started chemo, Bruce was diagnosed with bladder cancer. Tina would joke about how they always had to do everything together… even cancer. They were both strong and helped each other beat that battle. In 2018, Bruce and Barbara lost their son Bob to an early death. Barbara passed away from cancer on May 29, 2022. She was surrounded by family. Preceding her in death is her parents, Ray Husted, Clella York, Delmar Ferguson, Myrtle Jean Ferguson, brothers Harley Husted and Gary York and son Bob Ferguson. While Barbara leaves a big hole in everyone’s lives, this loss is felt heavily by her Husband Bruce, Daughter Tina, Grandchildren Tyler, Kelsi, Austin, Samantha, Samantha’s husband James, Raymond, Jazzmyn, and Tristan, and Great Grandchildren Hadlee, Ryder, and Arya.
A memorial celebrating Barbara’s life will be held at Timber Linn Park in Albany, Oregon on June 18, 2022, at 3:00 p.m. The memorial service will be available via Zoom at https://us02web.zoom.us/j/4567027977.