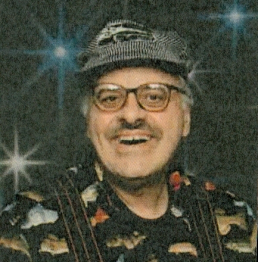 Marvin was born, raised, and lived in Oregon his entire life. Marvin was born at the old Dallas Hospital in Dallas, Oregon to his parents, Virgil M. Taylor and Letha C. (Jones) Taylor Sanderson. He passed away at a group care home in Corvallis, Oregon of natural causes at the age of 83. He spent his early years in Falls City. His family relocated near Molalla where he went to Dickey Prairie Elementary School. From there, they moved to Hoskins where he attended Kings Valley Elementary. Later, his family moved back to Falls City, where he finished his elementary education and then went onto graduate from Falls City High School, class of 1957. In high school, he really enjoyed playing basketball and being part of the JV team. He was also very proud of the fact that he was considered the assistant janitor (which was noted in the school yearbook) and for being able to help his much-loved uncle, John A. Gilbert, who was the high school janitor. However, most of what he earned from his uncle, went towards his lifetime favorite thing, “sweets”; he loved candy bars, where he would buy from Clair Goodell’s Richfield Service Station, right across the street from the high school.

After high school and coming of age, Marvin became a ward of the state. Under their jurisdiction, he held many different jobs. While in Salem, he worked at the state farm doing various farm labor. When he was moved to Corvallis, he worked in a candy making facility, later working in a pallet manufacturing plant and various other jobs.

While living in the Corvallis area, Marvin became involved with Special Olympics for several years. He participated and received several medals for playing mainly volleyball and bowling. Three of his favorite spectator sports were: the San Francisco 49er’s, the OSU Beavers football team, and the Portland Trailblazers. He was definitely a long time and loyal fan to all. Proof of this was his huge collection of various cups, hats, t-shirts, sweatshirts, blankets, banners and memorabilia that decorated and were displayed in his room.

Marvin’s lifelong interest was any kind of fishing. In his youth, he had fun reconstructing miniature plastic toys he had and then turning them into logging trucks and equipment. He would cut, take apart, glue various pieces back together and then finish up by painting them. This was a hobby and happy memories that he was able to share with his younger brother, Jim, and proudly displayed them on shelves in his room. His love and enjoyment of painting continued throughout his life, In his later years, this interest turned into the painting of all styles, shapes and sizes of wooden bird houses. These would then be given to his family and friends as gifts and some he would sell.

Marvin truly loved and enjoyed family dinners and get-togethers. He also enjoyed the holidays, his cats, a good hot cup of coffee, and most importantly, anything “sweet”.

Marvin was preceded in death by his grandparents, James and Edith Taylor, Floyd A., Jessie O. (Kneebone) Jones, his parents, and his brother, James (Jim) F. Taylor.

Visitation for Marvin will be on Wednesday, September 7, 2022 from 2:00 to 5:00 PM at Dallas Mortuary Tribute Center.

A Graveside service will be held at Dallas Cemetery on Thursday, September 8, 2022 at 2:00 PM.

In lieu of flowers, please donate to the Corvallis Special Olympics. Dallas Mortuary Tribute Center is caring for the family. www.dallastribute.com