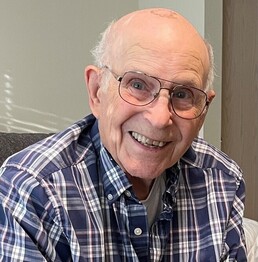 Willis Wayne Taylor, 95, of Dallas, passed away on June 25th, 2022 after falling ill. He was born in Nebraska to Willis Elwood Taylor and Lida Jeannette Taylor. His parents later moved with Willis and his siblings to Dallas, Oregon where Wayne spent the majority of his life. There, he met and married Joyce Loretta Buller where they enjoyed 66 years of marriage until Joyce’s passing in 2013.

Wayne served in World War II in the Army Air Corps where he received a certificate of commendation for meritorious service in Wiesbaden, Germany from Commanding Brigadier General Emil C. Kiel for Wayne’s loyalty and steadfast devotion to the branch. After returning stateside, he worked as a laborer at Willamette Industries, later becoming Weyerhaeuser where he later retired. Wayne was an avid outdoorsman who often spent time hunting, fishing, and camping. Most importantly he was a loving husband, father, grandfather, and mentor to many in and outside of his immediate family.

He is survived by his adopted son, Jason Taylor, granddaughter Jami Taylor, niece Jeannie, great granddaughters Kimberly Willis and Jennifer Bickford Hartwell. He is also survived by numerous great great grandchildren. He was preceded in death by his wife, Joyce, his sons, Gary and David, his brothers Harlond and Elwood, and his sister, Lois.

A graveside service will be held at 12pm on Wednesday July 13th, 2022 at the Dallas Cemetery.

Dallas Mortuary Tribute Center is caring for the family. A celebration of life gathering will follow the graveside service at North Dallas Bar & Grill for those who wish to share in the memories of Wayne.

Online condolences may be left at www.dallastribute.com.